The port operations in the Asian countries are heavily impacted because of the growing concerns around the COVID-19, consecutive lockdowns, and poor weather conditions. This has further led to the shortage of employees as well as unexpected delays in the shipment. The safety protocols, especially after the COVID outbreak, have caused congestion at Chinese ports. The government has made it mandatory for the entire crew to get tests before they board the ship.

Similarly, each truck driver entering the port is supposed to be tested negative before they are allowed entry. These COVID protocols have become a major cause of the delayed port operations in Asia. This industry has faced one of the biggest turmoils over the past few months (18 to be precise) and the news of further lockdown implementation has made it worse for the employees in this industry. The fact that factories are all set to resume the operations and manufacturing firms will also reopen in a few weeks, there is a greater possibility of equipment shortages.

This growing port pressure is not only confined to Asia but it’s also reported in the United States. There were about 30 ships in California lined up at the anchor a few days ago. As a result, there was a major delay in the delivery. It is not only the delays in the ports but the rail congestion combined with the delays in truck delivery have made things worse for the countries. Here is an overview of the current port pressure in Asian countries.

There is no denying that ports in China have faced immense pressure due to the lockdowns, COVID protocols, and emergency deliveries. The ports in Shanghai WGQ were open and operating, but there was major congestion reported due to over 20 ships queued at anchor. The 4-5 days of delays in the delivery is expected considering the current situation. A similar condition is reported in the Shanghai YS, where the port remains operational, but almost all terminals are crowded and 17 ships queued at anchor.

The Ningbo Port: The Ningbo port has around a fourth of the Chinese cargo supplied. The third busiest port was not operating until now as one of the workers tested positive there. The operations at the terminal where the person was tested positive for COVID are now suspended. The traffic and cargo from this terminal are directed to another one, and the rest of the port remains operational. A 1-2 days delay is expected from these terminals.

In Shikou and Hong Kong, a high yard use density of around 90% has been reported. Most Chinese ports are expected to face a few days delay in the delivery because of the rising concerns of COVID and the extended lockdowns.

Japan and Korea are a few Asian countries where port operations are pretty normal. However, the vessels being stuck at the Chinese ports have made the situation a little difficult to handle, as there is no certain arrival time for the shipments. 1-2 days of delays are reported in the shipments because of the congestion at the ports. Currently, there is an additional t/s collected in Pusan, which has worsened the congestion.

The operations are normal in the Philippines, but heavy congestion is reported in Manila due to the weather conditions and extreme safety protocols. The operations are normal in Thailand, however, the same in Singapore isn’t going well. The country has reported lower port productivity. 1-2 days of delay is expected with the ships associated with net discharge expected to have 3-4 day delays in the shipment. Here’s what else the port in Singapore is experiencing over the past few weeks:

Normal port operations but low activity is reported in Port Klang. Delays are also expected in the WP because of the bunching vessels combined with low productivity. The yard use rate is pretty high, going beyond 95 percent.

There were over 100,000 TEU accumulated at the Cat Lai Port because of the extended lockdowns and growing number of COVID patients. The low productivity has caused a major disturbance in the port operations with a large number of vessels being stuck at the port. The poor vessel management at the Cat Lai Port left the crew with no other option than to ask shippers to pick the products. Plus, they had to offer free shipment to the surrounding depots because of these delays and the high utilization rate.

PrevPreviousAir Freight Market Continues to See a High Demand
NextOcean Freight Rates Witnessed a Hike by 85.5% in the First Half of 2021Next 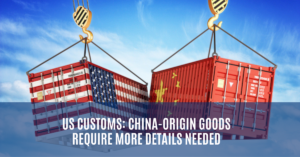 US Customs and Border Protection will want more information on products with Chinese origin as forced labour laws get stricter. From March 18th, 2023, 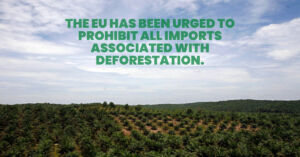 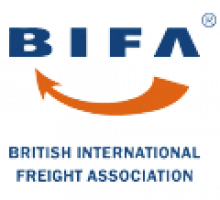 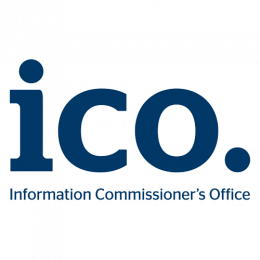